We understand that purchasing a new home
is a big decision.

Selecting the right community is an important step in the home buying or building process.

This is why we work hard to offer you beautiful homes in idyllic locations.

The cozy hamlet of Anzac rests on the sparkling western shore of Willow Lake (known as Gregiore Lake). Neighbours participate various festivals and a host of year round activities that exude community spirit and its beautiful lush locale. This small colourful collection of acreages edge the beautiful boreal forest. Anzac sits in the midst of an extensive network of trail systems carved out of the forest. These trails, meticulously groomed and maintained by the Sno Drifters Snowmobile Club, are a great way to experience some of the most beautiful unspoiled wilderness. For the adventurous, the trail system extends to nearby Stony Mountain, an elevated point which is a favourite for winter campfires and marshmallow roasts trailside. Serene Willow Lake is a favourite amongst fishers, as is nearby Engstrom Lake, and small fishing shacks are a regular feature dotting the ice surface during the winter months as avid fishers stay cozy and warm while waiting for a nibble. Check out nearby Camp Yogi, a 7-acre cedar log camp ground on Gregoire Lake. 25 beds, 2 kitchens, meeting room, company BBQ, family reunions, horseshoe pit, volleyball and beach. 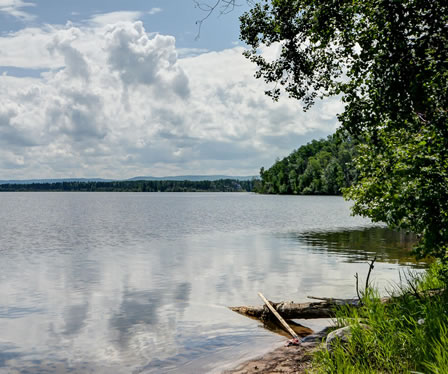 Within the hamlet is Anzac Recreation centre a brand new arena, state of the art designed with a indoor track, field house, fitness centre an indoor and outdoor ice rink with a natural ice surface which draws residents and visitors of all ages for a rousing game of shinny or a leisurely skate. The community comes together for events at the community meeting hall, several outdoor recreational facilities and the Anzac Community School & Bill Woodward School.

Anzac was established in 1917 as a stopping point on the Alberta Great Waterways Railway Line and was named after the Australia and New Zealand Army Corps that surveyed the area during World War I for construction of the rail line to Waterways Originally named after Willow Lake, the previous name of Gregoire Lake, the community were mostly non-status or non-treaty Cree Indians whose forefathers had migrated to the Athabasca Basin area from what was to become northern Manitoba; mostly displacing the original Beaver and Chipewyan occupants of the area. During World War II a road was built from the rail siding to service and construct an American army base on Stoney Mountain.

Style and Age of Homes

Anzac homes vary in styles on larger lots and acreages with a selection of Single Family, mobiles, apartment condos, modulars and recreational cabins ranging in ages from 1967 to 2012

The permanent population of Anzac in 2015 was 606, with a shadow population of 157, for a total of 763 with a total of 272 dwellings according to a municipal census conducted by the RM of Wood Buffalo.

The data included on this website is deemed to be reliable, but is not guaranteed to be accurate by the Ft. McMurray Real Estate Board.

MLS®, Multiple Listing Service®, and the associated logos are all registered certification marks owned by CREA and are used to identify real estate services provided by brokers and salespersons who are members of CREA. The trademarks REALTOR®, REALTORS® and the REALTOR® logo are controlled by The Canadian Real Estate Association (CREA) and identify real estate professionals who are members of CREA. Used under license.